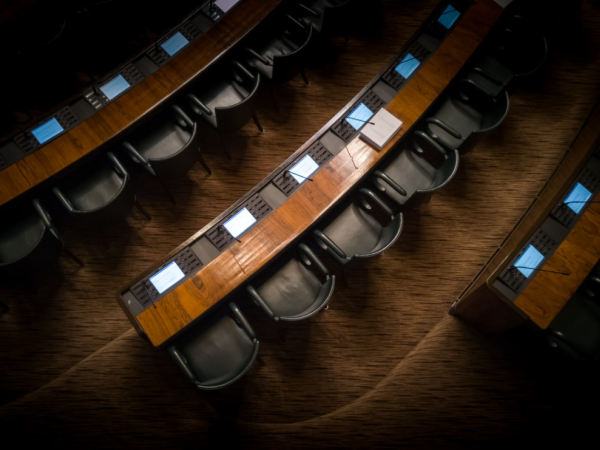 A New Era for Antitrust

On today's antitrust day of action, Molly Bond, Advocacy & Public Policy Manager at the American Booksellers Association, spotlights some of the recent work the association has been doing in this space

The U.S. retail world stands on the precipice of something that only a few years ago seemed impossible – Amazon being sanctioned, and possibly broken up, for its abusive tactics. Antitrust is no longer solely a progressive issue – it is quickly becoming a bipartisan effort.

The American Booksellers Association (ABA) began the fight against Amazon 23 years ago when the online giant refused to collect and remit sales tax for online orders, leaving customers to believe shopping on Amazon was “tax free”. While ABA was repeatedly told that sales tax fairness was a lost cause, ABA’s advocacy division, empowered by active and persistent bookseller involvement, successfully lobbied for sales tax fairness. We see the same pattern happening today with antitrust; there has been a sea change in just the past three years alone.

Following a 16-month investigation by the House of Representatives Antitrust Subcommittee into the Big Tech companies’ abusive market dominance, Rep. David Cicilline (D-RI-1) and Rep. Ken Buck (R-CO-4) introduced a package of bills aimed at addressing the key findings in June 2021. The bipartisan package includes the American Choice and Innovation Online Act, which would prohibit self-preferencing, and the Ending Platform Monopolies Act, which could break up Amazon. On the Senate side, Senator Amy Klobuchar (D-MN) and Senator Chuck Grassley (R-IA) introduced their own version of the American Choice and Innovation Online Act. Thanks to booksellers who contacted their lawmakers, the House and Senate Judiciary Committees advanced the bills in late June 2021 and January 2022, respectively.

On the state level, the New York State legislature is considering the Twenty-First Century Antitrust Act to hold individual companies accountable for abusing their dominance. The legislation, if enacted, would be an aggressive attempt to sanction companies like Amazon for market dominance.

In May 2021, the District of Columbia Attorney General Karl Racine filed a lawsuit against Amazon accusing Amazon of fixing prices on its online marketplace for third-party sellers and illegally tilting the playing field in its favor. Unfortunately, the Superior Court of D.C. threw out the lawsuit in March 2022. AG Racine is said to be contemplating an appeal.

Over the years, ABA’s advocacy efforts include:

ABA, along with coalition partners, engages in ongoing discussions with federal and state lawmakers and agency heads. Whether it’s providing feedback on proposed legislation in the House or New York State Legislature, meeting with or writing to lawmakers and their staff to tell booksellers’ stories and demand action, or submitting comments to the Federal Trade Commission, ABA is in constant communication with key decision-makers.

To draw attention to Amazon’s wide scope of abuse, ABA has penned two position papers. In early 2019, ABA released a paper detailing why Amazon is a monopoly. In 2020, as a follow-up, ABA released a legally grounded argument making the case as to why Amazon is in violation of antitrust laws and should be broken up. ABA sent both papers to key legislators, the Federal Trade Commission, Department of Justice, and Attorneys General in all 50 states and D.C. ABA met with State Attorneys General (AGs) earlier this year and presented the most recent paper to 80 attendees. ABA is now working on drafting a third position paper which will take a deep dive into the bookselling industry.

ABA’s work is rooted in grassroots bookseller support. That’s why ABA has provided booksellers with tools to advocate. These tools range from talking points when booksellers accompany ABA in lawmaker meetings to one-click advocacy campaigns for booksellers to contact their lawmakers.

How Booksellers Can Get Involved

Booksellers were the driving force behind this movement 23 years ago and still are today. So how can you get more involved?

Participate in ABA’s advocacy campaigns: Your voice matters! Taking a few minutes to tweet, call, or send a pre-written email to your lawmakers is so simple and yet so impactful. Lawmakers want to hear stories from constituents like you.

Be active on social media: If your bookstore has a social media presence, don’t be afraid to use it to draw attention to Amazon’s negative impact on your store and other small businesses. As the momentum shifts, Amazon has started to go on the offensive – pushing a false narrative that antitrust reform is bad for small businesses. Speak your truth!