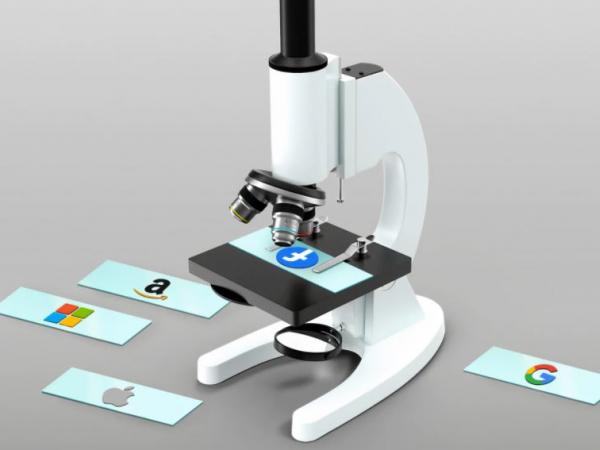 Bookstores are among the many SMEs that contribute to the financial and social development of their communities by providing jobs, paying local taxes and spending money with local suppliers. Equally, when customers spend locally (whether in physical stores or online), that money is also reinvested within their community.

On the other hand, tech giants with a huge digital presence, across the world and several European markets, have for many years, either avoided paying taxes or have taken advantage of tax deals, making little to no tax contributions compared to their smaller competitors, which raises concerns with their profits.

Out of these, Amazon is the tech giant that has the biggest (and most harmful) impact on the book sector. In 2017, the European Commission found that Amazon had been given illegal selective tax benefits by the Luxembourg government. The Commission concluded that such tax deals allowed Amazon to pay substantially less tax than other businesses given that almost three-quarters of the tech giant’s business from May 2006 to June 2014 went untaxed, a claim Amazon is rebutting.

Since then, further reports and investigations have revealed that several large digital corporations do not pay enough taxes or are given preferential tax breaks.

Efforts to adequately tax large digital corporations have not been successful or have not been achieved fast enough. For years, the Council of the EU has blocked advances in the country-by-country reporting proposal, a rule that would oblige multinationals to reveal how much profit they make and how much tax they pay in each of the 27 member states. Only in March 2021, the Council broke the deadlock and reached an agreement to start negotiating with the European Parliament  on the file — four years after the European Commission’s proposal.

Meanwhile, at a global level, the OECD (Organisation for Economic Co-operation and Development) has been negotiating for the past years to introduce a global digital tax for very large corporations, so that they are taxed where profits are earned, regardless of physical presence. However, these negotiations have also faced delays and blocks. Due to these delays at an international level and the lack of initiative from the EU, national governments in Europe have begun pushing for their own digital taxation rules. This is the case, for instance, in France with the GAFA tax and in the UK with the Digital Services Tax for large multinational enterprises.

In response to this, tech giants began increasing fees and passing on costs for developers and third-party sellers. In the UK, for instance, they increased fees for third-party sellers by 2%, while other countries were also being hit by similar price rises. Once again, this results in small businesses and consumers paying the price for either a lack of real tax accountability or diverging national policies on corporate digital taxation. This must stop.

For many years, we have called for a fiscal level playing field and fair taxation legislation. With the European Commission expected to present a proposal for a European digital tax in June, and following the Commission’s open public consultation from April this year, we reiterate the urgent need to swiftly implement a European digital tax that does not harm or jeopardise European SMEs and their online growth, and enables them to compete on a fair level playing field with online tech giants.

On a final note, as many voices in the European Parliament are reminding, it is still crucial to reach a solution on digital taxation at international level. With the Biden administration in the US, and increasing transatlantic cooperation, an agreement on an international digital tax might be closer than ever.