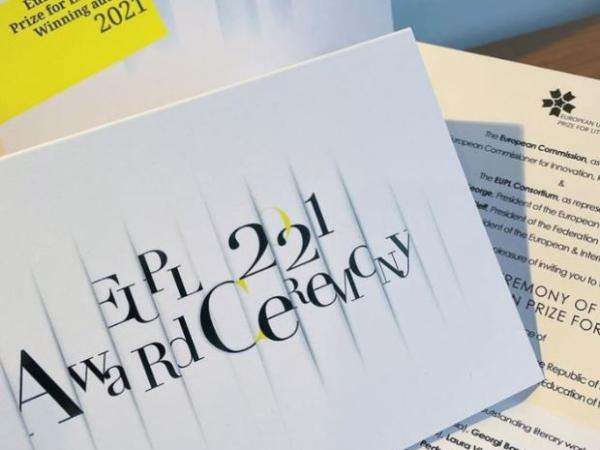 The ceremony attracted a large audience, and was also attended by Mariya Gabriel, Commissioner for Innovation, Research, Culture, Education and Youth, Sabine Verheyen, Chairwoman of the Committee on Culture and Education of the European Parliament, and Dr Vasko Simoniti, Minister for Culture of the Republic of Slovenia, representing the Slovenian Presidency of the Council of the EU, along with many representatives of the embassies and cultural centres in Brussels, and wider public.

EIBF co-President Jean-Luc Treutenaere said in his speech to the laureates: “If there were no authors, there would be no publishers, no booksellers, no readers, no books, no business, no culture – end of the world as we know it. Literature is food for the mind, and we need it. We need it as we need bread and wine. Reading is not only nice /…/ it’s also a tool to open minds, spread consciousness, give access to new and different universes. Literature helps us to know and understand people. When we know each other, we don’t fear anymore. We can relate, discuss, exchange, share. We become better citizens – and better citizens make a better world.”