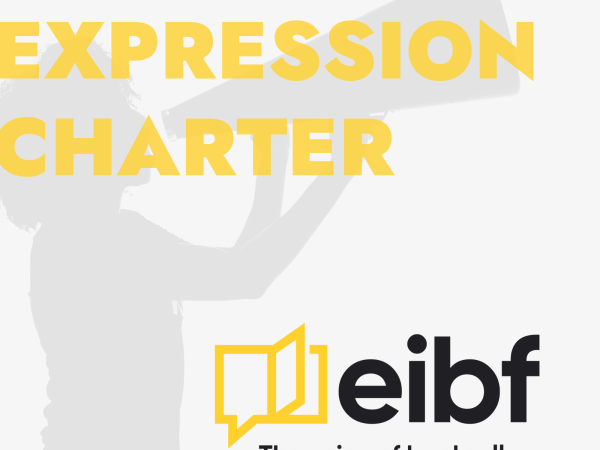 Over the past month, in the lead up to Human Rights Day, we have presented different cases of book censorship around the world to highlight that violations of freedom of expression are still very prevalent and our work must continue in fighting back against any attempts to prevent the publication and sale of books.

The cases we have highlighted are the following:

The first case in our campaign concerned two children’s books in Hungary. Since 2020, children’s books have been affected by the government’s anti-LGBTI laws, which prohibits books featuring same-sex relationships and transgender people to be displayed in a way easily accessible to children or sold within 200 metres of a church.

As an example, a bookshop which sold author Lawrence Schimel’s books “Early One Morning” and “Bedtime, Not Playtime!,” (Micsoda család! in Hungarian) featuring rainbow families, was fined for not disclaiming that the book depicted “a family that is different than a normal family.” The second book, “A Fairy Tale for Everyone,” an anthology featuring 17 fairy tales re-imagining classic stories in an inclusive and representative way, received homophobic abuse by politicians, including Prime Minister Viktor Orban. 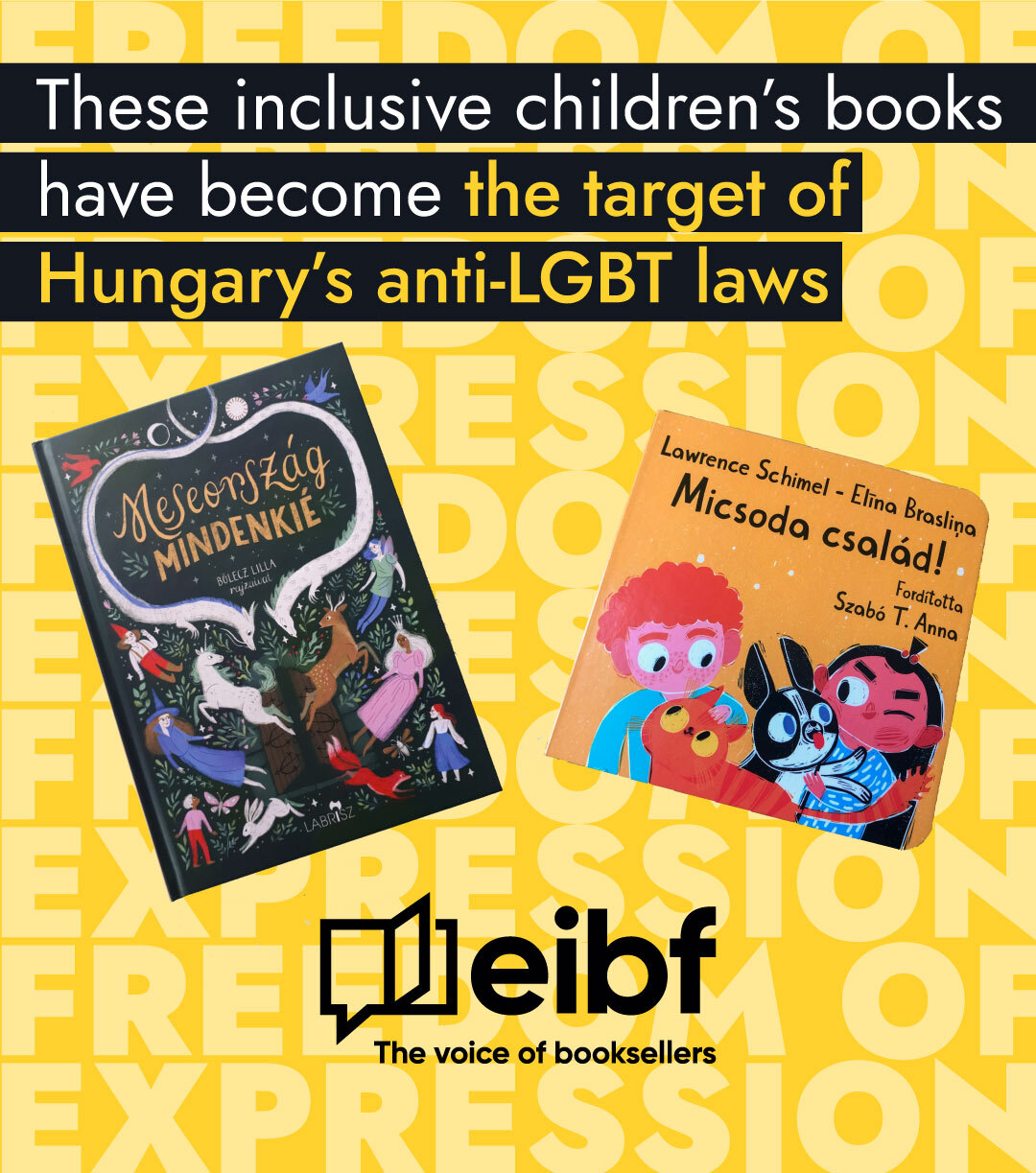 This is just two cases of how authors, publishers and booksellers are targeted by censorship. Since then, the ambiguity and vagueness of the anti-LGBTI law has forced many Hungarian bookshops to self-censor out of fear of receiving hefty government fines.

The second case of our campaign on Freedom Of Expression focused on Lam Wing-Kee, a Hong-Kong bookseller who was the subject of censorship from the Chinese Communist Party (CCP). Mr Lam’s bookshop Causeway Bay Books had been running in Hong-Kong for decades, selling books that were deemed unlawful in mainland China, and defying the oppression of the government

In 2015, Mr Lam was one of five booksellers and publishers who disappeared from various locations in Hong-Kong, Thailand and mainland China. Another one of them was Gui Minhai. They all re-emerged in different Chinese detention centres, accused of selling titles critical to the CCP. Fearing extradition to China, in 2019 Mr Lam escaped to Taiwan, where he has recreated his bookshop. This space has become a gathering place for advocates of freedom of expression, democracy and human rights. 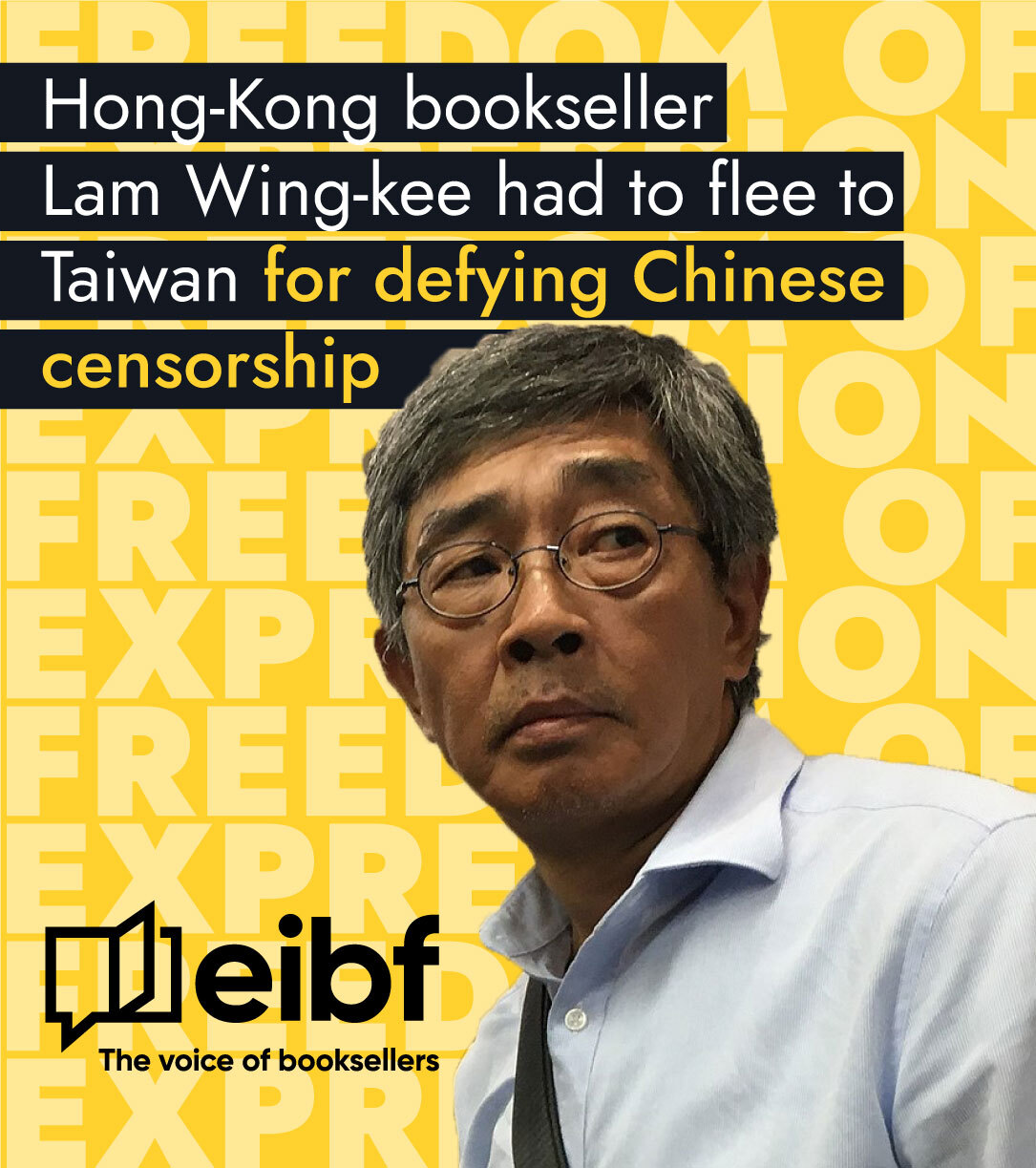 The third case of our campaign on Freedom Of Expression focuses on cases of book-banning, bookshop searches and overall censorship in Belarus.

The country has been experiencing a crackdown on freedom of speech, freedom to publish and freedom to sell books. The situation has particularly aggravated since the 2020 protests. Earlier this year, we expressed concern over the erosion of freedom of speech in Belarus in a joint statement with the International Publishers Association (IPA) and the Federation of European Publishers (FEP) which was recognised by Sviatlana Tsikhanouskaya, Belarusian president-elect and leader of the Belarusian democratic movement.

In our statement, we condemned the detention of publisher and bookshop owner Andrey Yanushkevich and his associate Nasta Karnatskaya, who were arrested for selling copies of 1984 in their bookshop. 1984 is only one of many titles that were deemed inappropriate by Belarusian regime: the regime’s list of ‘extremist materials’ contains more than a thousand different items.

Both Andrey Yanushkevich and Nasta Karnatskaya spent time behind bars for the simple act of selling books. According to the latest reports, Yanushkevich is now safe and no longer in Belarus. Nevertheless, the Belarusian authoritarian regime is still in power, and book censorship remains a reality in the country. 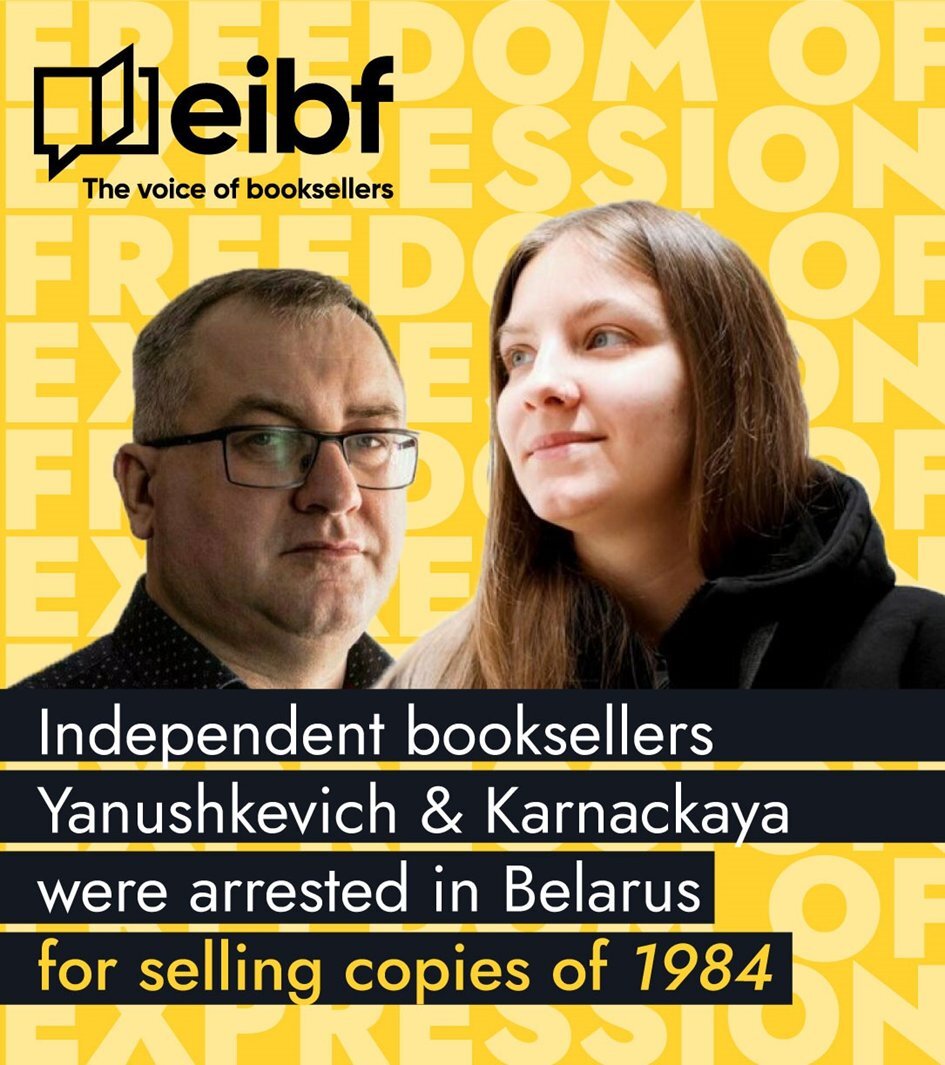 The last case of our freedom of expression campaign showcases how book censorship isn’t just an issue in autocratic countries with limited freedoms. The banning on certain titles in the USA highlights how even in democracies, access to books is being challenged.

Since the 1960s, Harper Lee’s “To Kill a Mockingbird” has been the most censored book in the country. The reasons for its banning have changed over the years (from originally being “immoral” and “improper for children”, to now its racist language and romanticisation of a “white saviour” complex), but the attempts to prevent it from being read primarily at schools still occurs in the present.

However, the case of Harper Lee’s famous novel isn’t a mere exception, with cases of book censorship still being frequent across the US. According to PEN America, 1,586 book bans across 26 states were reported between July 2021 and March 2022 alone, with more than 2 million students affected. In most cases, books are removed in response to complaints and criticisms from parent groups and other organizations.

These numbers make it clear that book censorship in the US is more present than ever. 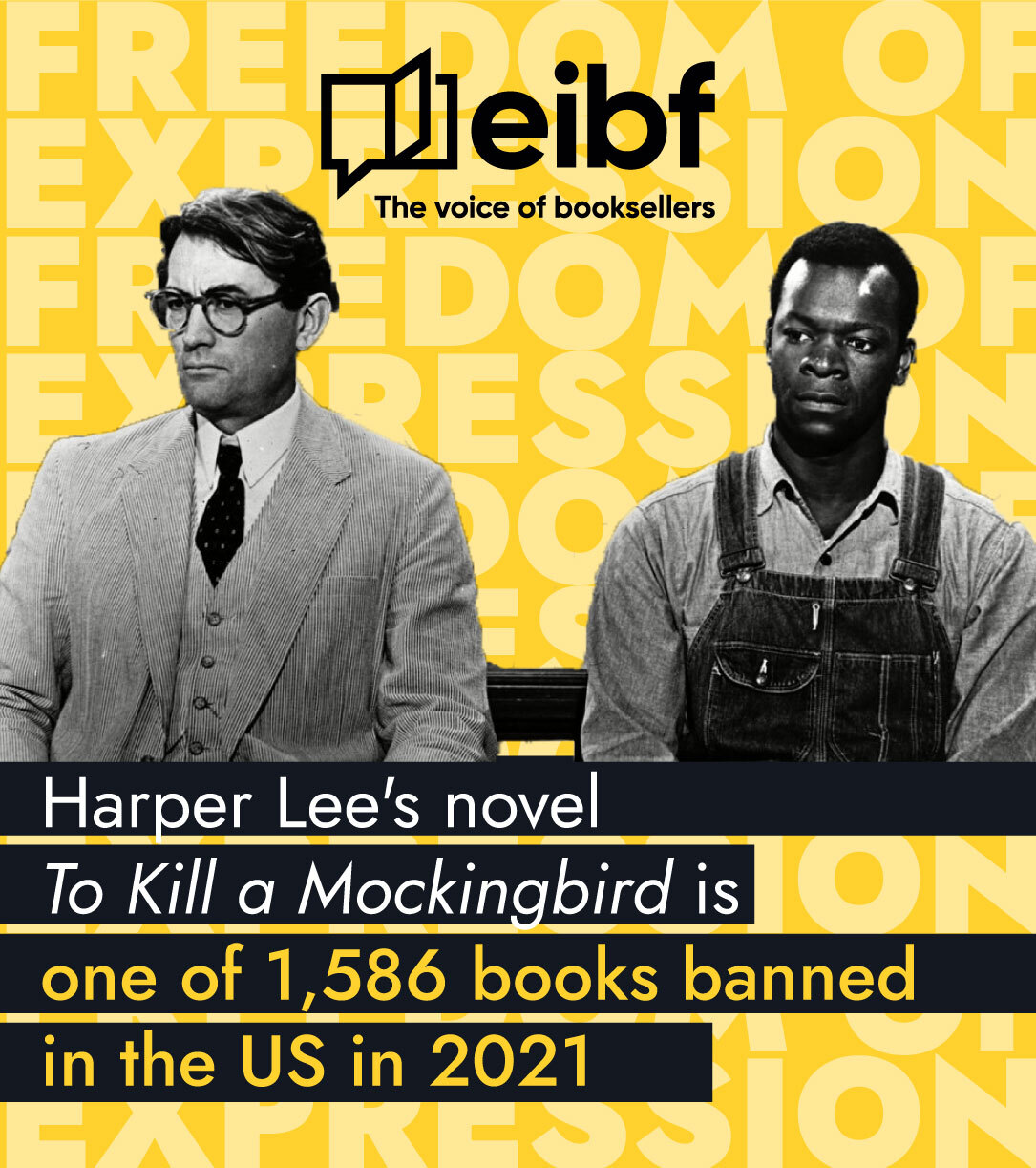 All of these cases show that EIBF's work on Freedom of Expression is sadly not over and must continue. With our newly unveiled Freedom of Expression Charter and guiding principles we emphasise our continuous commitment, as a voice for European and international booksellers, to protect the fundamental right to freedom of expression along with the freedom to publish and sell books.