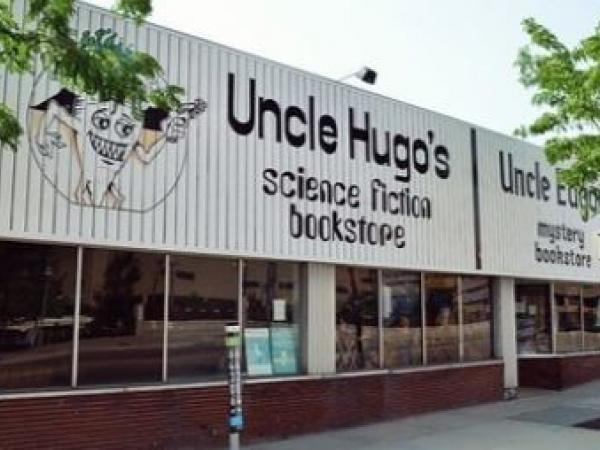 The European and International Booksellers Federation (EIBF), organisation representing booksellers associations from across Europe and worldwide, is issuing the following statement:

Last Friday, 29 May, legendary bookstores among the community of science fiction, fantasy, and mystery readers, Uncle Hugo's and Uncle Edgar's, were burnt to the ground in Minneapolis, United States, during the civil unrest. EIBF deeply regrets and strongly condemns such actions of violence, which resulted in the loss of unique resources and cultural material housed in these independent bookstores.

The EIBF co-President Jean-Luc Treutenaere said in a statement: “I was deeply shocked to read that Uncle Hugo’s science fiction and Uncle Edgar’s mystery bookstores have been burnt down and destroyed by flames in the ongoing unrest in Minneapolis and many other places across the United States. I know that many other bookstores have been impacted by these events and I want to express my concern and support to all booksellers. Bookstores have always been a place for education, culture, and entertainment and booksellers encourage freedom of expression.”

Freedom of speech is one of the fundamental human rights and booksellers offer access to material that can provide insights into sensitive topics. This is especially relevant in these times, when human rights are under threat. Many booksellers and bookstores across the United States, but also around the world, have took a stand against racism, and are showing support for the protests over police violence against black people, and other minorities and at-risk groups. Bookstores are offering safe spaces for sharing one’s opinions and thoughts. Some bookstores in the US have provided first aid, promoted reading lists on antiracism books, and donated a portion of sales to organisations fighting mass incarceration.

Booksellers offer a critical contribution and support to local communities, so the perpetrated looting and intentional damaging of bookstores is even more shocking and striking. It is important we stand together against police brutality, and against racism, violence, and hatred. By ensuring access to literature and wider material to educate why these issues need to be addressed, we can build a more inclusive and united world. We can only accomplish this by having more, and not less, bookstores around the world.

Document
EIBF deeply regrets the destruction of bookstores during the civil unrest in Minneapolis_2020-06-04.pdf