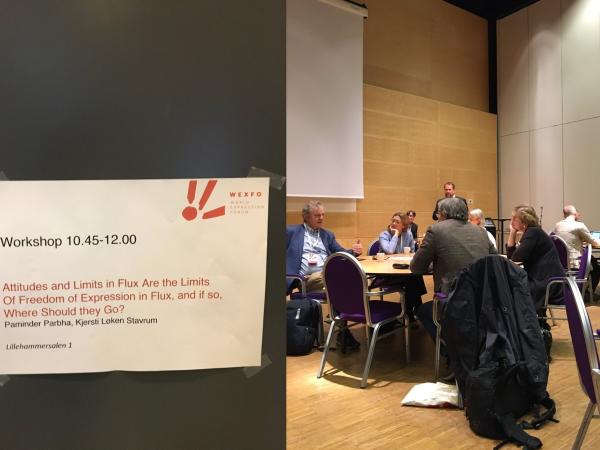 With the aim of becoming an annual event and an arena to discuss, analyse and empower worldwide change on freedom of expression, freedom of speech, and freedom to publish, the first World Expression Forum (WEXFO) took place in Lillehammer, Norway on 30-31 May 2022.

WEXFO brought together influential voices from civil society, politics, academia, media, the book trade and the arts, among others, to examine the current challenges concerning the right to freedom of expression across the globe. However, it also provided a platform to discover solutions, share best practices and showcase what progress has been made.

The conference spotlighted the fragility of freedom of expression as a right and the urgency to fight for it, with distinguished speakers such as 2021 Nobel Peace Prize laureates Maria Ressa and Dmitry Muratov, UN special rapporteur on the promotion and protection of freedom of opinion and expression, Irene Khan, and Vice-President of the European Commission for Values and Transparency, Věra Jourová.

Day 1: The challenges to freedom of expression today and visions for the future

Keynote: The current state of freedom of expression and key challenges for the future

As one of the opening keynote speakers, Irene Khan gave an overview of the state of freedom of expression in the world today, explaining that, although attacks on freedom of expression have always been prevalent, there are new dangerous dynamics that make such attacks harder to tackle, such as the role of technology and the rise of populism. 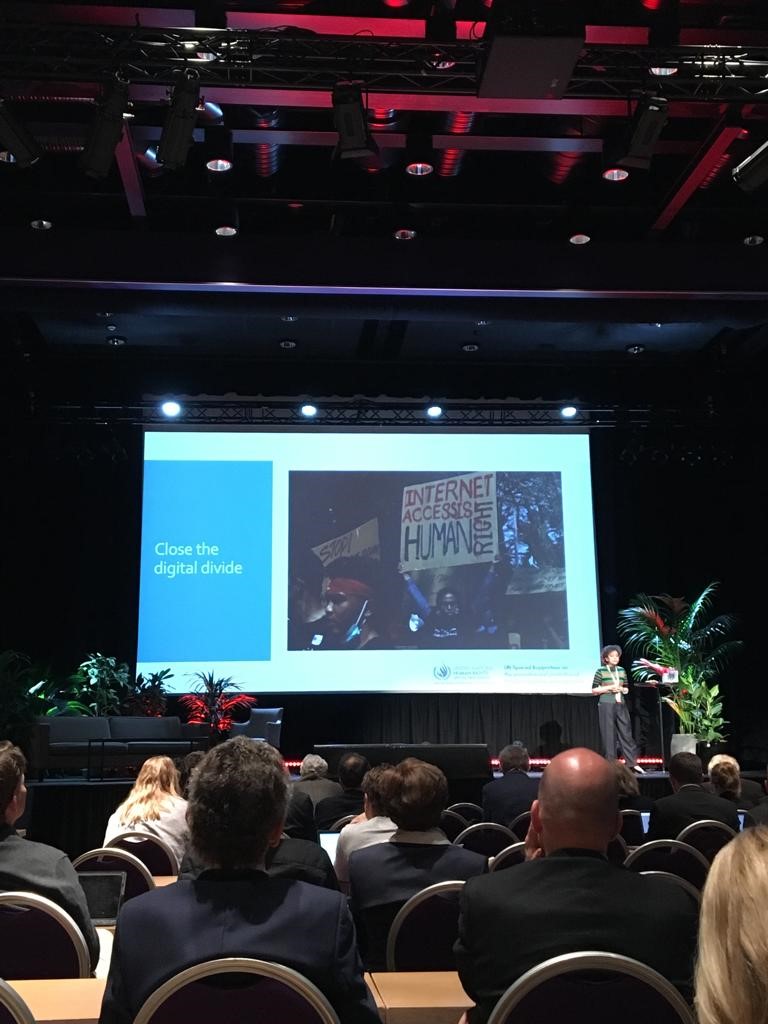 To follow up on this, Khan identified three major concerns when it comes to freedom of expression today:

With regards to the role of technology and digitalisation, she believes it has contributed massively to attacks on freedom of expression. While Khan highlighted its double edge sword - how it can be used both for good and bad – she emphasised the importance of digital literacy to be better protected. “We need to close the digital divide, and digital and media illiteracy must be given more attention.”

She ended by advocating for stronger rules for the digital sphere, arguing that the lack of a shared framework to differentiate between truth and falsehood online is a huge problem.

Regulator of the World 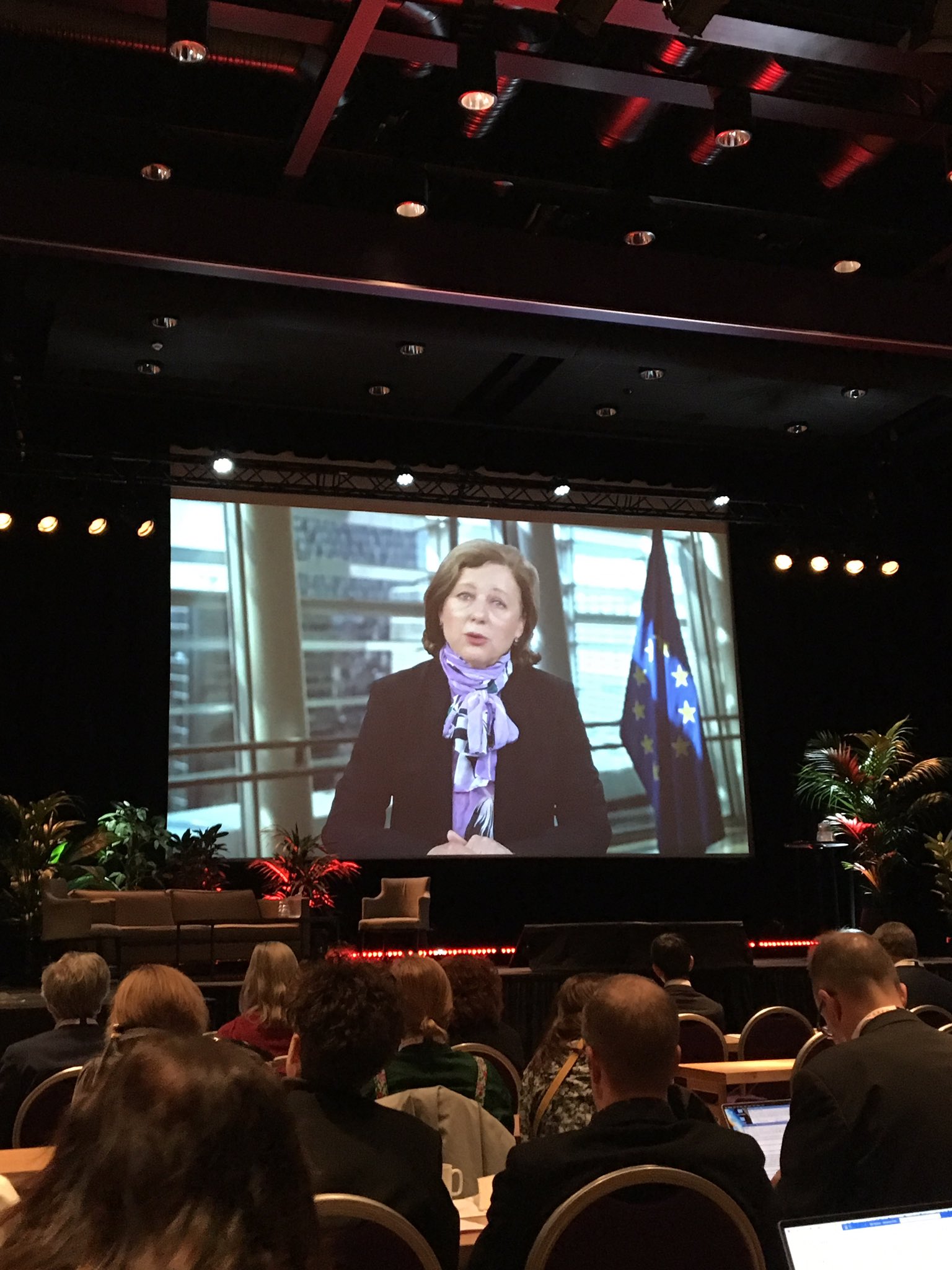 In a pre-recorded video message, Vice-President of the European Commission for Values and Transparency, Věra Jourová, outlined the European Union’s efforts to introduce legislation promoting freedom of expression in the digital age, emphasising that “technologies should be tools for emancipation, not manipulation and repression.” Furthermore, Vice-President Jourová referred to the European Media Freedom Act, the EU’s new initiative to protect free and pluralistic media, as well as future plans to prevent abusive litigation (SLAPP) targeting journalists and rights defenders.

WEXFO’s second morning offered two sets of interactive workshops, engaging participants from a range of industries – media, book sector, arts etc. – on topics such as encouraging youth to speak out against hate speech, freedom of expression in times of war and the role of tech and tech regulation. Participants of the conference, coming from over 50 countries, discussed strategies, challenges, national differences, and practical tools to combat threats to freedom of expression.

Keynote: What are you willing to give up for the truth?

Maria Ressa was awarded the Nobel Peace Prize last year for her fearless work as a journalist and co-founder of the online news website Rappler. During her keynote speech, Ressa explained how Rappler’s mission of speaking truth to power has put her at personal risk by making her a target of online threats and violence. She underscored the fact that online violence is often used to silence women who are human right defenders and asked the pertinent question: “why are we not protected in the code of the virtual world?” 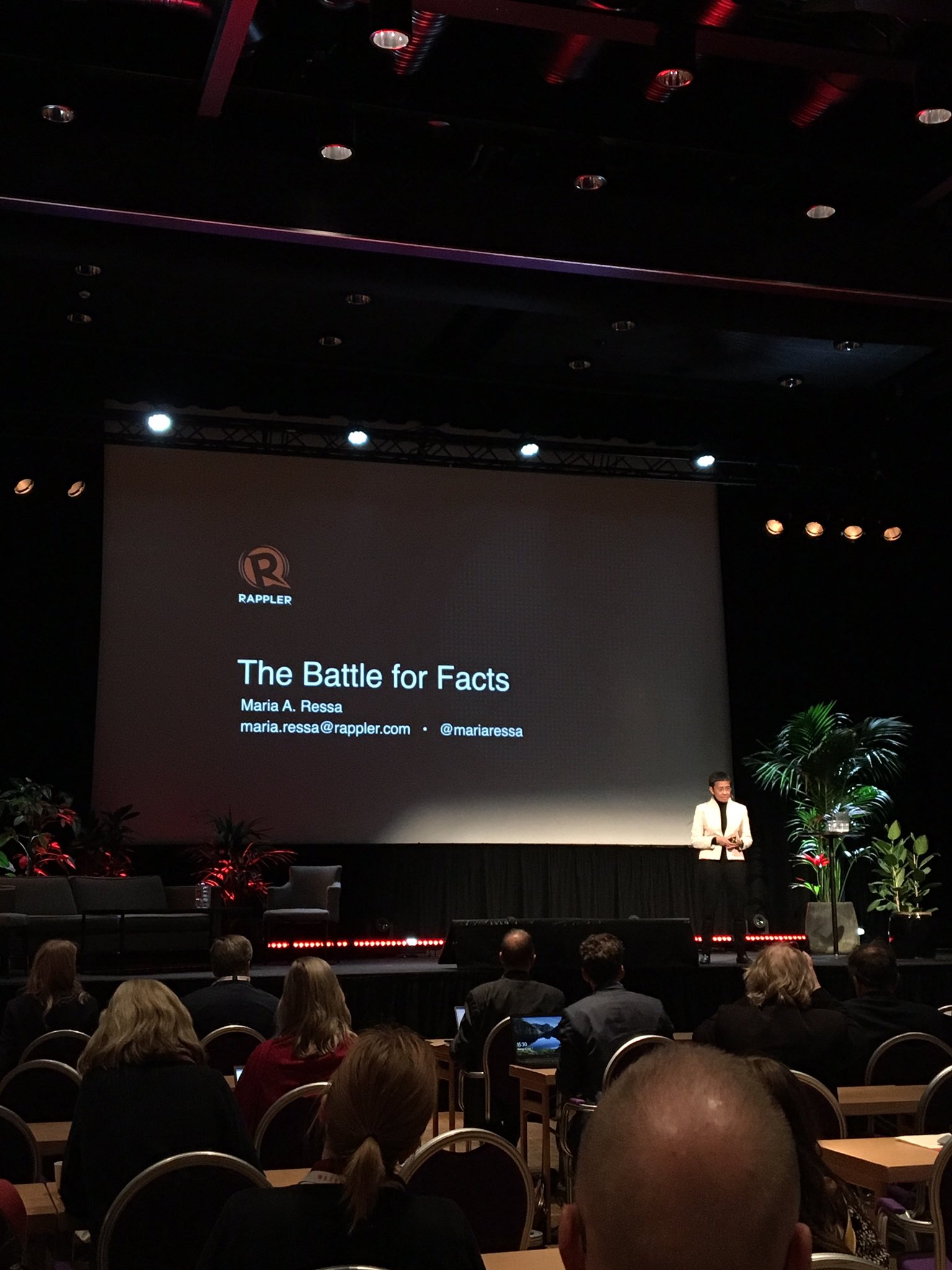 Despite having suffered personally from online violence, there is no doubt of Ressa’s continued activism and online presence. “You need to fight tech with tech,” she said, highlighting the importance of regulating tech but also the need for individuals to occupy space to make the online world a better place.

See you next year!

The conference demonstrated diversity on stage, with panels of activists and human rights defenders from across the globe sharing their stories together with representatives from politics, academia and the book and press industry.

WEXFO shed light on the vulnerable and worrying state for freedom of expression in many parts of the world. Yet, by continuously asking the question on how to move forward, how to solve the seemingly unsolvable, coupled with the unwavering strength of spirit and optimism of all the attendees, the forum managed to leave its audience with a sense of purpose and hope for the future.